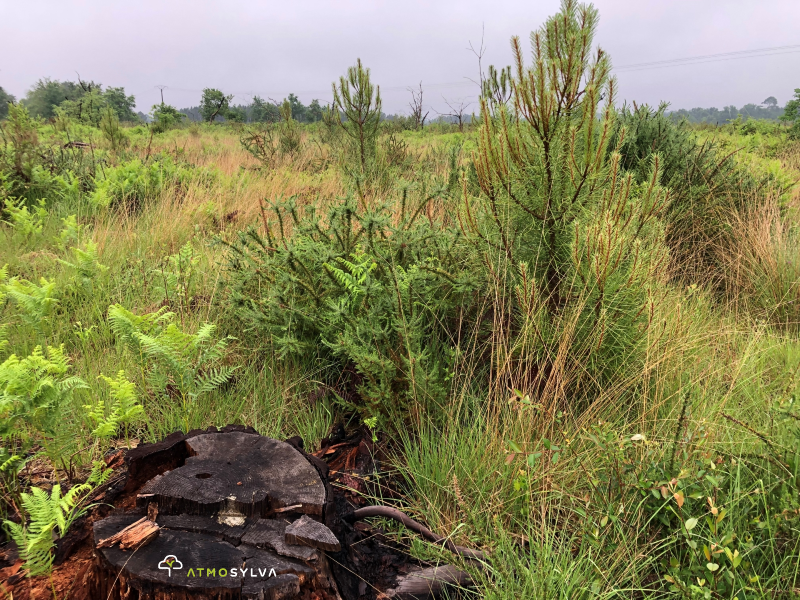 This project is totally completed thanks to your contributions!

Monitoring of the forest maintaining during 5 years, including work of vegetation clearing around the plants.

The plots are managed with a sustainable management approuved document.

It is a forest burned down in April 2017, the fire having burned approximately 50 ha of forest in Saint-Magne. The flames spread very quickly due to dry vegetation due to high temperatures and lack of water, and winds that were difficult to control. The objective of the Project is therefore to restore this forest destroyed by the flames, by planting on this plot of diversified species.

Saint-Magne is located in the heart of the Landes of Gascogne Regional Natural Park, an emblematic geographic entity of the Region and a veritable reservoir of biodiversity. More specifically, the Project is located in the Pays de Buch, a natural region mainly made up of Maritime Pine forests, a species planted at the end of the 19th century.

The City of Saint-Magne is very representative of this territory because it is very marked by the presence of forests and semi-natural environments (approximately 91% of the territory of the municipality in 2018, including 50,17% of forests).

Number of trees remaining for the project